witness of the light

It’s curious how the fourth Gospel presents the character of John the Baptist. He’s a «man», without any more qualifications or precisions. There’s nothing to tell us of his origin or social condition. He himself knows that it’s not important. He isn’t the Messiah, nor Elijah, nor even the Prophet that all are awaiting. He only sees himself as «the voice of one that cries out in the desert: Prepare a way for the Lord». However, God sends him as «witness of the light», able to awaken everyone’s faith. A person who can spread light and life. What does it mean to be witness of the light?

A witness is like John. He is of no importance. He doesn’t seek to be original or draw attention. He doesn’t try to impact anyone. He lives his life simply and convincingly. It’s seen that God illuminates his life. He radiates it in his way of living and believing.

The witness of the light doesn’t talk a lot, but is a voice. He or She lives something unmistakable. He communicates what makes him live. He doesn’t say things about God, but shares «something». He doesn’t teach religious doctrine, but he invites belief. 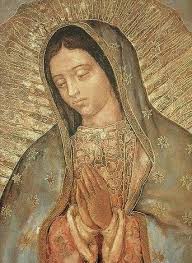 His life of witness attracts and awakens interest. He doesn’t blame anyone, he doesn’t condemn. He spreads trust in God, free of fears. He always opens up paths. He or She is like John the Baptist, «preparing the way of the Lord…»

The witness feels weak and limited. Often he confirms that his faith finds no social support or echo. He even finds himself surrounded by indifference or rejection. But God’s witness doesn’t judge anyone. He doesn’t see others as adversaries that must be fought or convinced: God knows how to meet each one of God’s sons and daughters.

It’s said that today’s world is being turned into a «desert», but the witness reveals to us that someone knows about God and about love, someone knows about the «fount» and how to calm the thirst for happiness that we find in human beings. Life is full of small witnesses. They are believers who are simple, humble, only known in their surroundings; deeply good persons. They live out of truth and love. They «prepare the way» toward God for us. They are the best the Church has to offer.